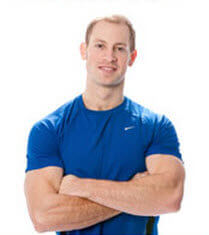 One of the most interesting things about Jacob Hiller, when you consider how successful he has been, is that he had no marketing experience prior to starting the Jump Manual. All he had was a determination to succeed, and an experience of vertical jump training. With over ten years of experience in the field, Jacob has worked with professional athletes at the very top of their game and profession – if you can get more qualified than that, we would love to know how!

Jacob was a basketball player as a youth, and realized quickly that his vertical jump was nowhere near it’s optimum. With average playing abilities, he struggled to adapt and improve his game as he kept switching training regimes and jumping programs. After years of training through colleges and sporting complexes, his jump was only 29”.

Taking himself out of the firing line, and away from sports all together, he started to look at why his training was going wrong. Having developed theory and then some exercises that he incorporated based on his theories, Jacob  instantly noticed an improvement in the quality of his jumping and the height he could reach.

Having re-tested and retrained the system many times since, he has been able to improve both his own and others vertical jump potential hugely. By coming up with his own training methods, Jacob  was able to create a regime that has helped his jumping ability skyrocket. Having since turned his own personal success into the success of many others – as influenced by his brilliant Jump Manual – Jacob  regularly receives messages of thanks from his old pupils.

Having helped many athletes both amateur and pro reach a 40+” vertical jump, the Jump Manual program gives you all the information you need to go from a mediocre jump to an incredible new technique that can change your game entirely.